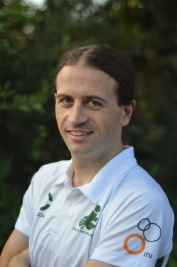 Neil Bolger is an Elite Triathlete from Dublin, Ireland.

Brought to swimming lesson at age 4, Neil progressed quickly from the shallow end to the deep end, and from widths to lengths. On the advise of his swimming teacher he entered competitive sport at age 7 joining Terenure swimming club. Making the move to Templeogue swimming club a year later where he would spend the rest of his swimming career.

Triathlon came by chance in 2003 with a poster for the newly formed Pulse Triathlon Club on the notice board in Templeogue. A week later he attended their open day and rest is as they say history.  After competing in his 1st triathlon at age 16 in 2004 he was hooked.

Neil raced domestically as a Junior while in school and University before making his elite debut as an U23 at the London City Triathlon in 2010. He spent the 2011 and 2012 seasons racing the British Triathlon Super Series gaining valuable elite experience.

2013 was a breakthrough year for Neil with two top 10s and a top 15 finish at British super series races. This was enough for him to finish the Series 4th overall. Impressed with his results, Triathlon Ireland awarded Neil his ITU debut at the Alicante World Cup that year.

Since then Neil has been racing regularly on both, the British Super series and the ITU European Cup circuits. He has shown continual improvement and experience with strong results at European cup level as well as Podium finishes at the 2015 and 2016 Irish Elite Sprint Distance Championships.

Neils palmarès can be viewed here.